Working with the HIV research group

Christie’s research project was carried out with the HIV Research Group within the Department of Paediatrics, supervised by Professor Philip Goulder. The project looked at mother to child transmission of HIV, aiming to gain further understanding of the selection biases underlying successful perinatal infection. Heterosexual HIV transmission is characterised by a severe genetic bottleneck, and the group looked to test the hypothesis that a similar bottleneck is seen in mother to child transmission, with a ‘fit’ viral variant responsible for establishing infection in the child.

The project team studied mother-child transmission pairs from a treatment-naïve cohort previously recruited in Durban, South Africa, and they collaborated with a South African team led by Dr Thumbi Ndung’u. Samples were taken from mother and child close to the time of delivery and used to create chimeric viruses in the lab. Christie and the team were then able to compare sequences and the viral replicative capacity (VRC), or ‘fitness’, of the viruses from each mother-child pair.

The practical work was completed within Christie's 4-month block, with analysis taking place over the following weeks. The work has been submitted for presentation and should be put forward for publication later in 2016. 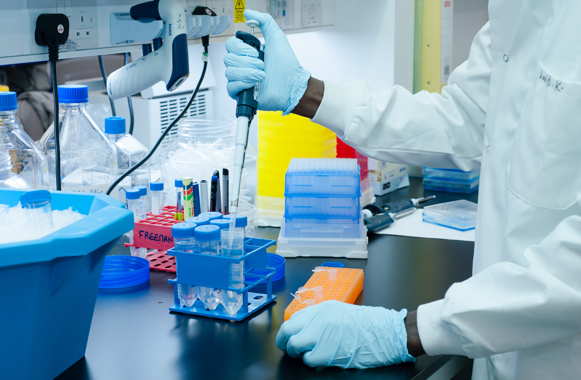