Karin spent 2 years as an Academic Foundation Programme (AFP) doctor in Oxford. During her four-month research block, she pursued a research project in an oncology laboratory. This work is still ongoing and will hopefully be presented and published in the next few months. Karin thinks it is important to be realistic about what you can achieve in four months – for her the main point was to get practical experience and skills, and these other things are a bonus.

During her time in Oxford, Karin also studied for an MSc, which was an enjoyable but significant commitment!  It helped her to develop her study skills and stay abreast of research innovations, and she published a small review paper on small cell lung cancer.

Some of her academic and research work evolved from her clinical oncology rotation. She has been completing a non-laboratory research project looking at Germ Cell Tumour Multidisciplinary Teams and their value in affecting management of these patients. Having presented some of this work already at two national conferences, she is currently completing the work for publication. She was also co-author on a case report during the same oncology rotation.

Doing the AFP meant she could get really involved with a Quality Improvement Project (QIP) during FY2. With a team, she developed a simulation-based, prescribing QIP which demonstrated improvements in prescribing safety on re-auditing.  The team won the OUH prize for this QIP and it is being presented at the World Congress of Clinical Safety.

All of this has set Karin up for a research year in the USA for ‘F3’! 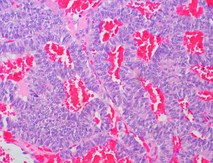